November 19, 2021 Best Movies to Watch with the Family this Holiday Season

Ah the holidays! Tis the season for family bonding, ugly holiday-themed sweaters, overindulging in Grandma’s stuffing, and presents of course! But amidst all the frenzy of this magical season, one cannot forget a very special tradition:  watching all your favourite holiday movies. To honour this tradition, we’ve decided to compile our very own Magic Bag list of top 10 best holiday movies. It includes staff picks and features some classics, some comedies, some animated films, and even an action movie!

Love it or hate it, Richard Curtis’s 2003 rom com, which follows nine intertwined stories in London during the holidays, has become a holiday classic. While it is undeniably corny, it features a stellar cast that includes Emma Thompson, Hugh Grant, Laura Linney, Alan Rickman, Colin Firth, Bill Nighy, Keira Knightly, and Mr. Bean’s Rowan Atkinson, and some pretty great moments.

Why we love it: Bill Nighy’s brilliant performance as Billy Mack a has-been rock star trying to make a comeback with a “Christmas-fied” version of the classic song Love Is All Around. Or as his character describes it: “A festering turd of a record.” Now that’s solid gold! 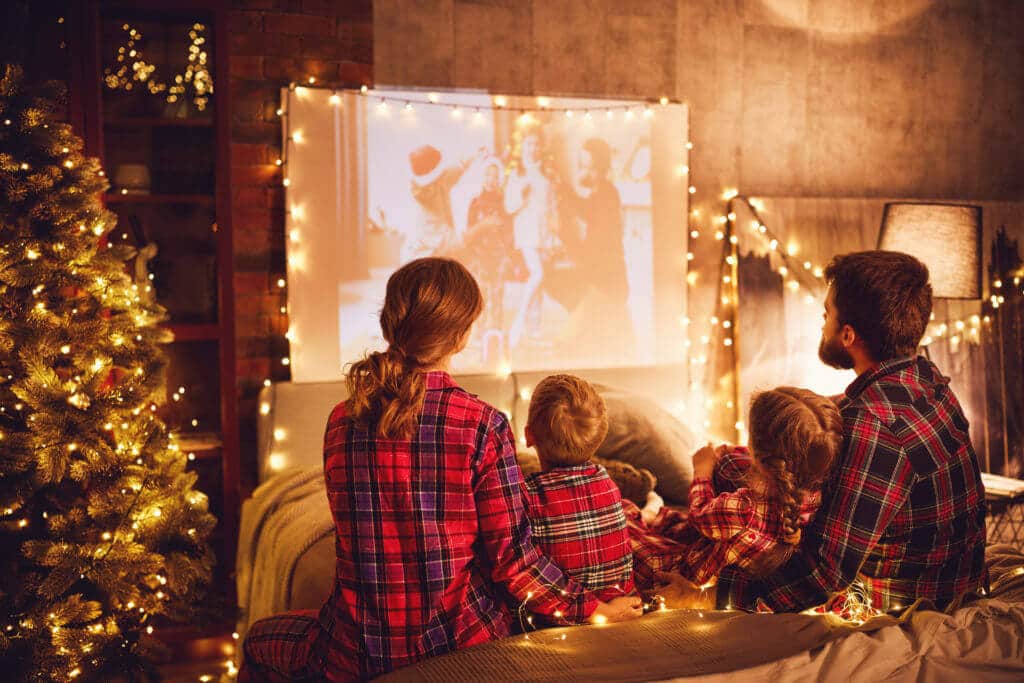 Halloween or Christmas movie? While it does feature a werewolf, a skeleton Santa, and vampires, we like to think of it more as a Christmas movie with a spooky twist! Tim Burton’s stop-motion holiday fable will have you falling in love with his cast of endearing characters. A true masterpiece!

Why we love it: Any movie that has a villain called Oogie Boogie is a winner in our book.

Not a Christmas movie in the strict sense, the plot does revolve around an office Christmas party that goes incredibly wrong thanks to pseudo-terrorist Hans Gruber (played by the amazing Alan Rickman). Starring Bruce Willis as New York cop John McClane, Die Hard is arguably the best American action film of all time, and has been used as a template for countless others!

Why we love it: The movie has amazing quotable one-liners including the epic “Yippee-kay-yay…!”

Kevin, played by an adorable Macauley Culkin, is back at it in this sequel to the box office hit Home Alone. Only this time, he’s lost in (you guessed it) New York City after boarding the wrong plane without his family. His bone-crunching traps will have you laughing out loud (or cringing in pain) as he once again outsmarts crooks Joe Pesci and Daniel Stern.

Why we love it: this movie makes us laugh so much every time we re-watch it. Spending Christmas away from your family isn’t the most ideal thing to do!

How can you not love a Muppet version of the Charles Dickens classic? This movie stars Kermit as Bob Cratchit, Miss Piggy as Emily Cratchit, and the brilliant Michael Caine as Ebenezer Scrooge. It tells the story of cold-hearted miser Scrooge and his night-time visitation by the Ghosts of Christmas Past, Present, and Future.

Why we love it: Three words: Muppets, Dickens, Caine. 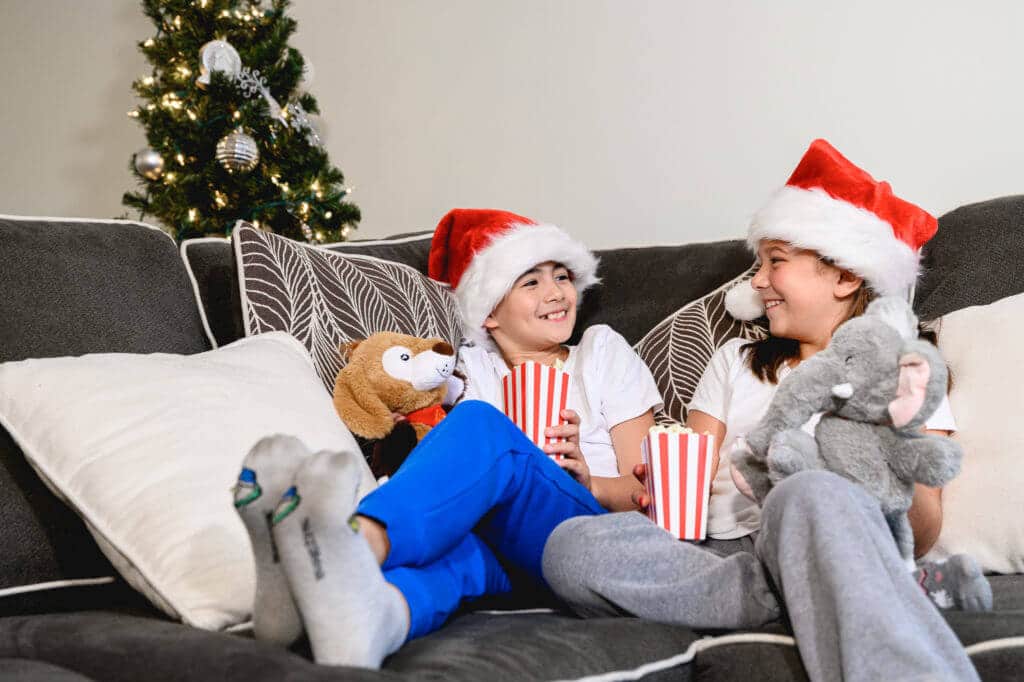 This made-for-TV stop-motion film is another classic to add to your watch list. Based on the popular song and poem of the same name, Rudolph is a bit of an underdog story. Because he is different, he struggles to be accepted by the other reindeers. Ultimately, with the help of an exiled elf, he battles the Abominable Snow Monster and saves Christmas.

Why we love it: The message still resonates today: don’t be ashamed of what makes you different and unique!

Your little ones will love this heartwarming story about a green grouchy creature who attempts to ruin Christmas by going around Whoville and stealing all the presents and decorations. The beloved Dr. Seuss book was adapted to screen as an animated TV special in 1966 and as a live-action film directed by Ron Howard and starring Jim Carrey as the Grinch in 2000. Both versions are fun, but if you aren’t in the mood for a hyperactive Jim Carrey, the animated film is a better bet.

Why we love it: It’s Dr. Seuss at his finest and a mainstay of the holiday season.

For us, it isn’t the holidays without A Charlie Brown Christmas. This must-watch classic is a feel-good movie right down to the core. While battling a bout of depression, Charlie Brown decides to put on a Christmas play to get into the holiday spirit. Luckily, his best friend Linus is there to teach him the true meaning of Christmas.

Why we love it: those dancing Peanuts kids and the most saddest Christmas tree ever!

Elf is pure holiday magic. Will Ferrell plays Buddy, a man raised as an elf in Santa’s workshop in the North Pole, and delivers a hilarious performance. The story follows Buddy as he travels from the North Pole to New York City to track down his biological father, played by a very grumpy James Caan. Hilarity… and a little holiday magic ensue!

Why we love it: Not only is it full of laughs, but also speaks to the joy of Christmas, family, and everyone finding their inner <elf>. 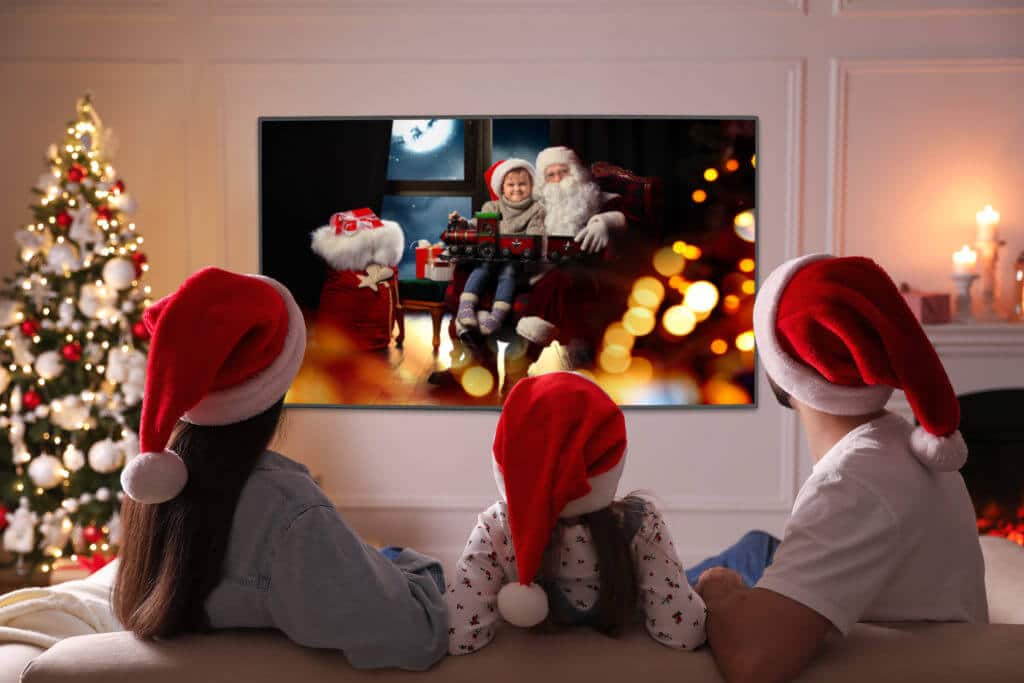 Was there ever any doubt that Frank Capra’s classic would top our list? The film stars Jimmy Stewart as George Bailey who is about to commit suicide when he is visited by an angel. The angel shows him what life would have been like if he had never been born. If you haven’t already seen it, we definitely recommend it.

Why we love it: it’s a bit dark, a bit sad, yet surprisingly uplifting.

There are so many great holiday movies to fill your hours with, it was hard to narrow it down to just ten. But regardless of what you decide to add to your watch list, no movie night (or afternoon) is complete without your coziest reindeer sweater, heatable Magic Bag slippers … and maybe a Magic Bag hot and cold compress to soothe those holiday-stress-induced aches and pains (or that eggnog hangover headache). Just remember to pass the popcorn. 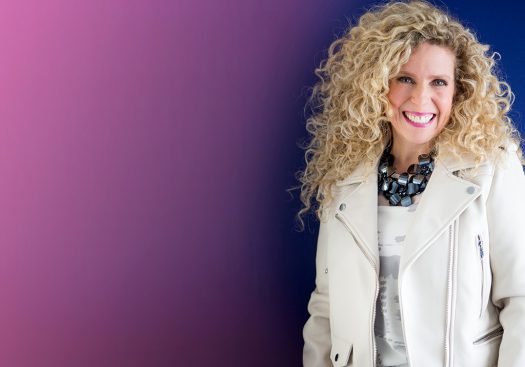 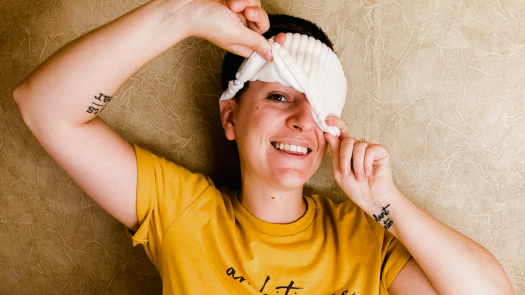 October 7, 2020 Regaining your power over endometriosis and chronic pain

Reading time: 2 minutes Written by Marie-Pier Deschênes. Find her biography at the end of this article. In this series, I have discussed how nutrition plays an important part in managing your menstrual cycle and my 3 essential... 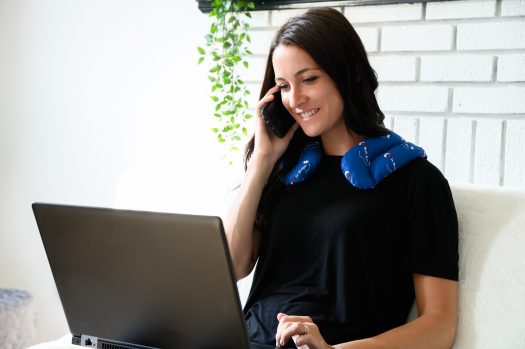 Whether you are trying to homeschool your little one, or you’re a student yourself trying to sustain your energy through another extra-long study session, we wanted to put together this guide with our best tips and tricks to improve your at-home studies.